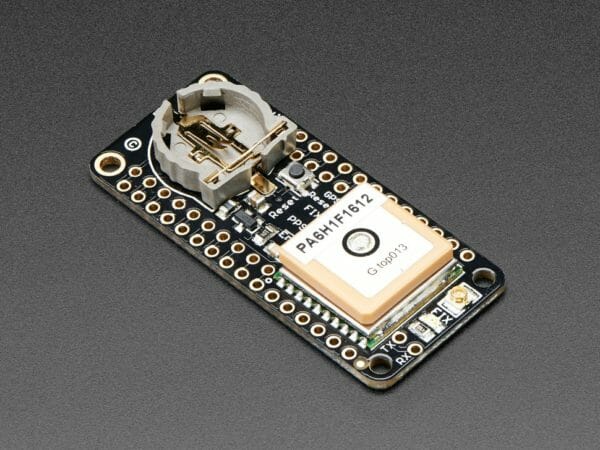 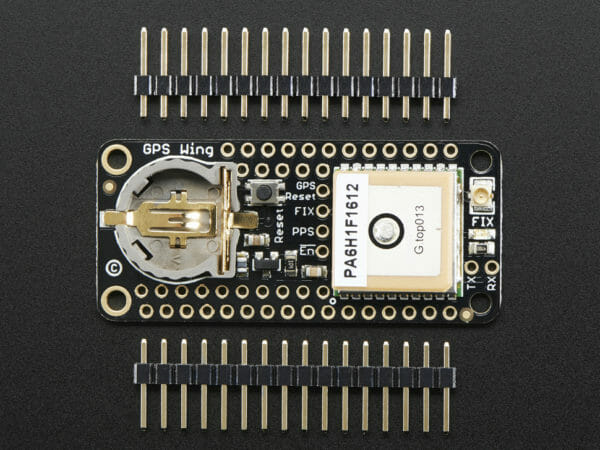 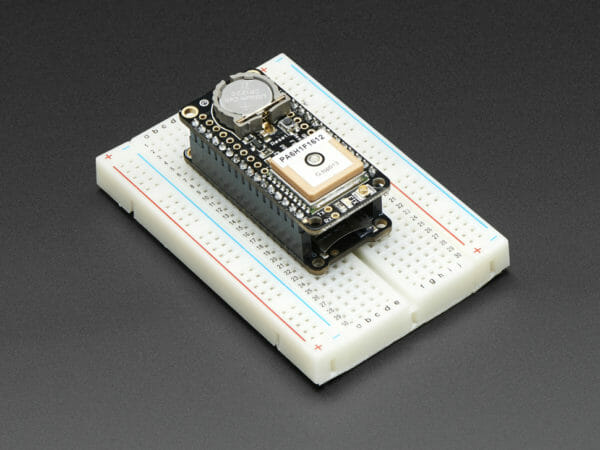 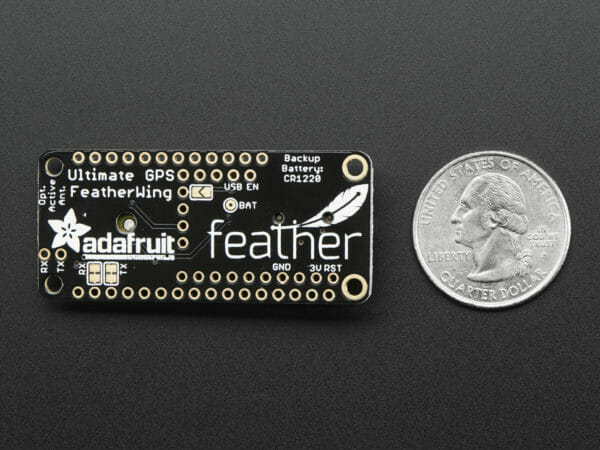 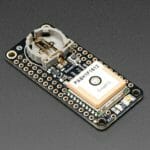 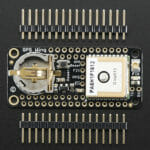 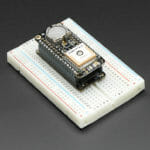 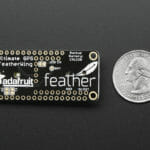 Works with all Feathers except for those with USB-Serial converters that use the UART pins. Right now that means the ESP8266 Huzzah Feather and nRF52 Feather don't work

It has everything you need and more:

The Wing is built around the MTK3339 chipset, a no-nonsense, high-quality GPS module that can track up to 22 satellites on 66 channels, has an excellent high-sensitivity receiver (-165 dB tracking!), and a built in antenna. It can do up to 10 location updates a second for high speed, high sensitivity logging or tracking. Power usage is incredibly low, only 20 mA during navigation.

The MTK3339-based module has external antenna functionality. The module has a standard ceramic patch antenna that gives it -165 dB sensitivity, but when you want to have a bigger antenna, you can snap on any 3V active GPS antenna via the uFL connector. The module will automatically detect the active antenna and switch over! Most GPS antennas use SMA connectors so you may want to pick up one of our uFL to SMA adapters.

We added some extra goodies to make this GPS FeatherWing better than a breakout: a FET-driven ENABLE pin so you can turn off the module using any microcontroller pin for low power use, a CR1220 coin cell holder to keep the RTC running and allow warm starts and a tiny bright red LED. The LED blinks at about 1Hz while it's searching for satellites and blinks once every 15 seconds when a fix is found to conserve power.

Comes as a fully assembled FeatherWing with GPS module and a coin cell holder. However, the 12mm coin cell is not included – it isn't required but if you would like a battery backup, a CR1220 coin battery must be purchased seperately. We also toss in some header so you can solder it in and plug into your Feather.

A full tutorial is also available, which has tons of information about the Wing, schematics, pinout diagrams, how to test and use it, example code for both Arduino & CircuitPython and more!