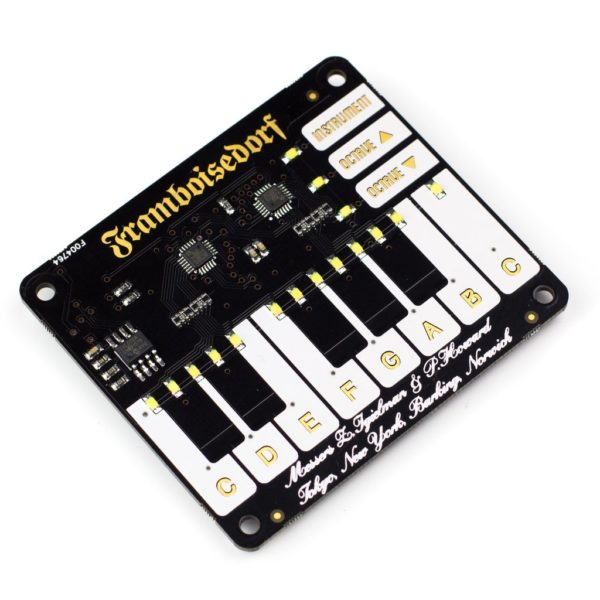 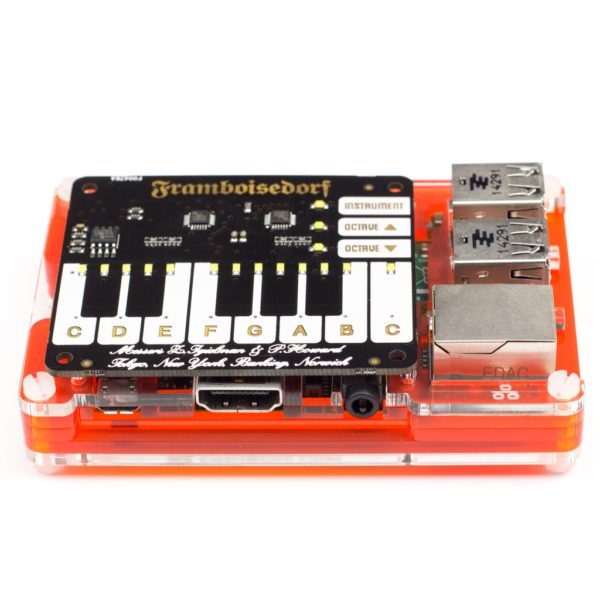 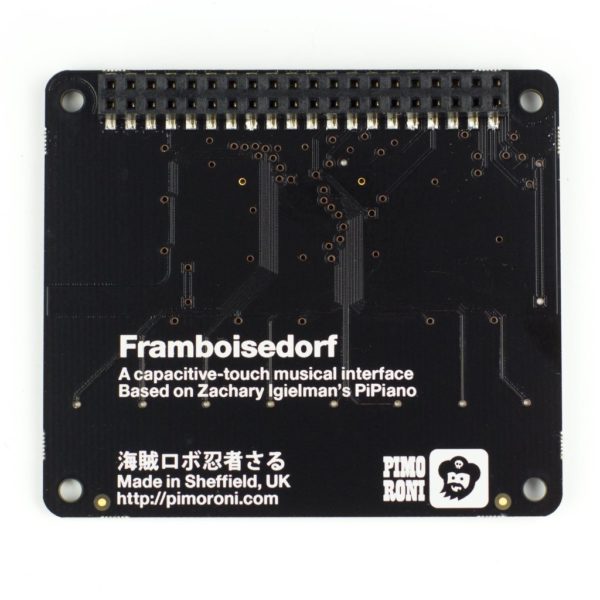 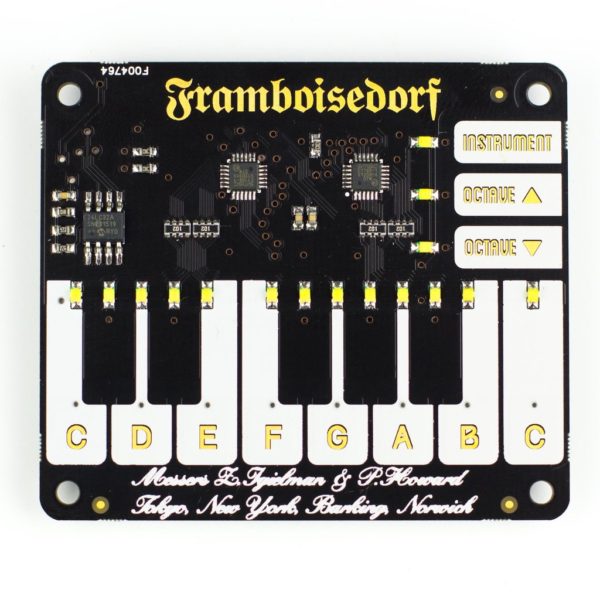 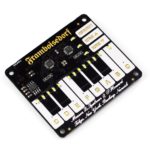 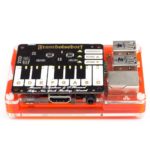 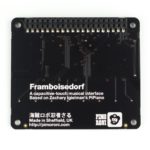 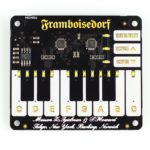 Unlock your inner Mozart with Piano HAT, a mini musical companion for your Raspberry Pi!

Piano HAT is inspired by Zachary Igielman's PiPiano and made with his blessing. We've taken his fabulous idea for a dinky piano add-on for the Raspberry Pi, made it touch-sensitive and added barrels of our trademark Pimoroni polish.

Play music in Python, control software synths on your Pi, and take control of hardware synthesizers!

Michael Horne said “The Piano HAT is, as far as electronics goes, a work of art. It looks slick, feels slick and, with the software library included, acts slick.”

The MagPi said Piano HAT was “a great way to unleash your ivory-tinkling tendencies” and “a board for musical adventures”.

We've made an ever-so-thorough Python library to control Piano HAT, with a bunch of nifty examples to let you explore its functionality.

There's a learn to play example that let's you play along as Piano HAT's LEDs show you which keys to press. In no time, you'll be a Chopin for the 21st century.

We've included a MIDI example that lets you play music with Sunvox, Yoshimi and other software synths, a PyGame example with glorious piano and drum samples and even a true 8-bit synth written in pure Python!

You can even make Piano HAT output regular MIDI commands via a USB to MIDI adapter and use Piano HAT as a tiny, cheap MIDI controller for your Minimoog Model D (you have one right?)

Tutorials: Getting Started with Piano HAT