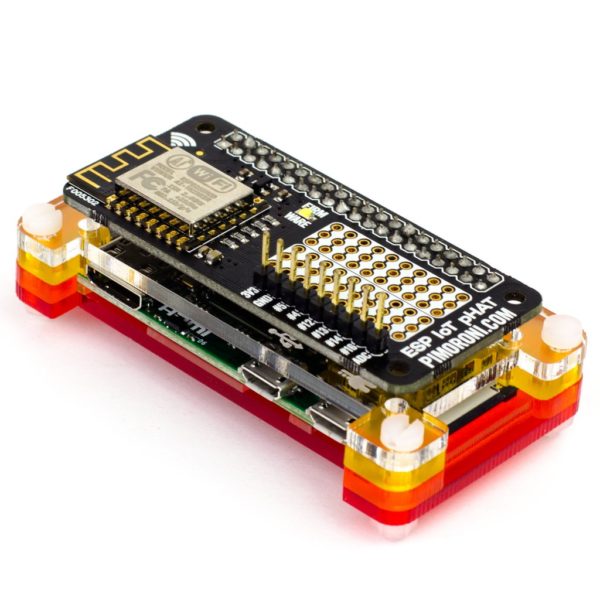 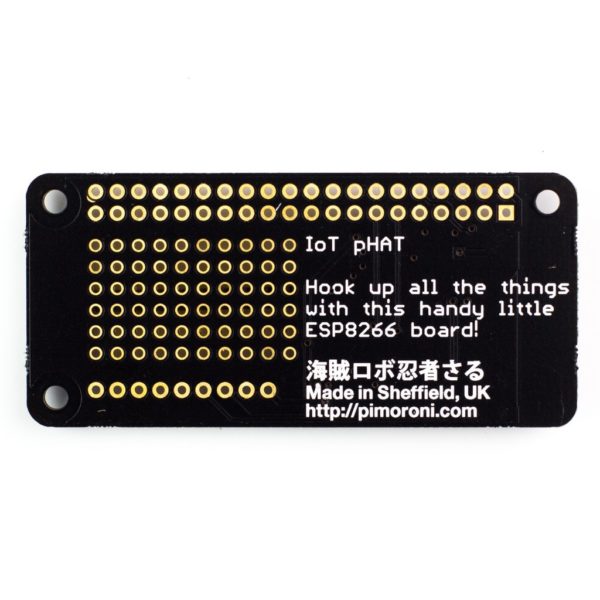 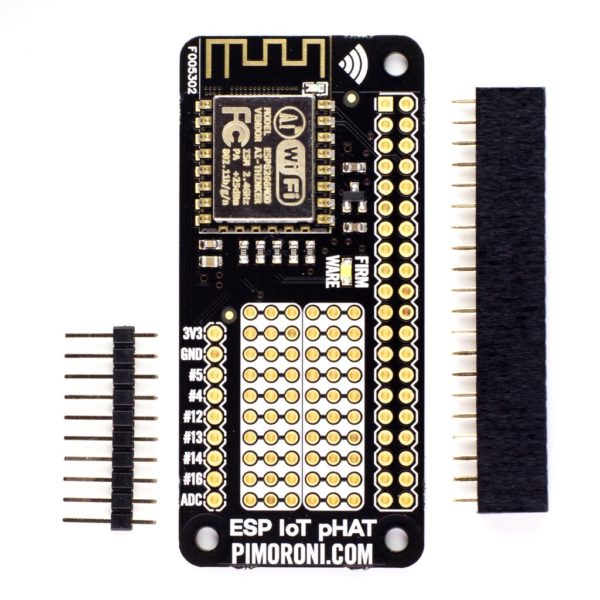 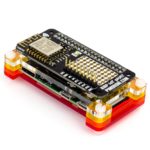 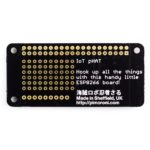 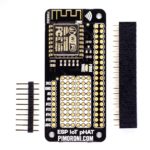 Tinker with WiFi on your Pi Zero with ESP8266 pHAT!

We've taken the ESP8266 (ESP-12F) module and added the necessary circuitry to allow it to interface cleanly with the Raspberry Pi via serial communication.

ESP8266 pHAT also provides some GPIO, and one ADC channel, that we've broken out for you to use alongside a small prototyping area where you can add sensors, or other components.

There is a thriving community building up around the ESP8266 platform with custom firmware, programming tools, and guides. Check out http://www.esp8266.com/ for more information!

Richard Hayler has written a blog post about setting up your ESP8266 pHAT and communicating with it.

The MagPi described ESP8266 pHAT as “one for serious IoT project makers”.

ESP8266 pHAT doesn't have a Python library, like most of our other HATs and pHATs, but instead requires commands to be passed over serial from a terminal emulator like Minicom.

Our getting started guide shows you exactly how to get everything set up, including installing and using Minicom, connecting to WiFi, and polling for data.

This module is not a replacement for a WiFi dongle! It is designed for people who wish to experiment with the ESP8266 platform – if you just want WiFi connectivity you'd be better off using the Official Raspberry Pi WiFi Dongle instead.
Please be aware that some variants of the ESP8266 can have pins 4 and 5 reversed.