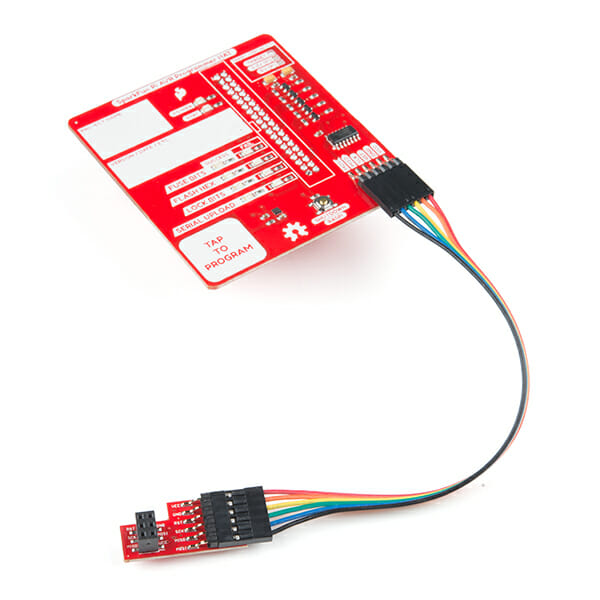 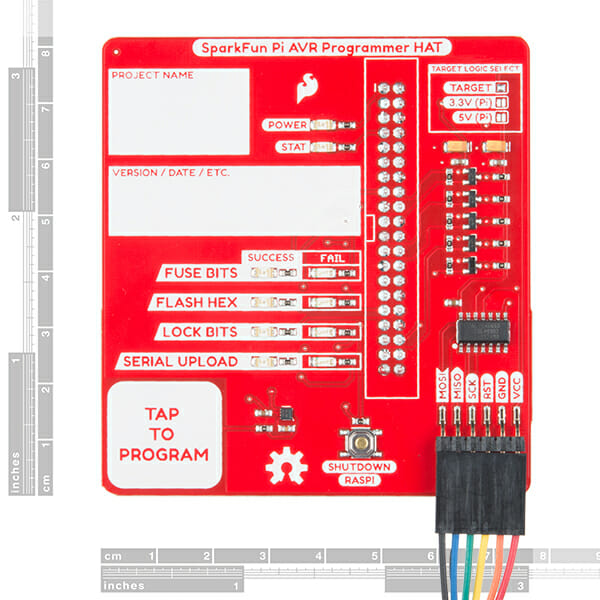 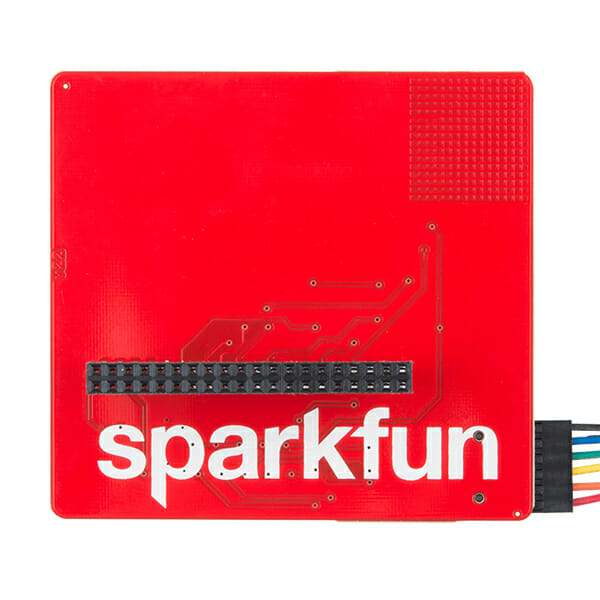 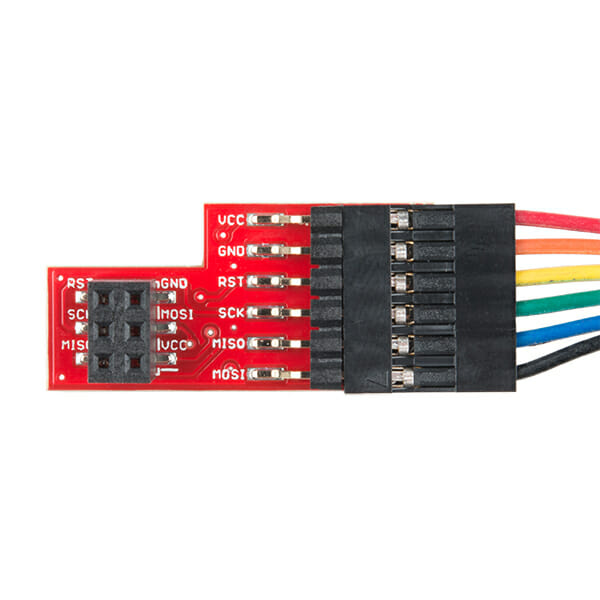 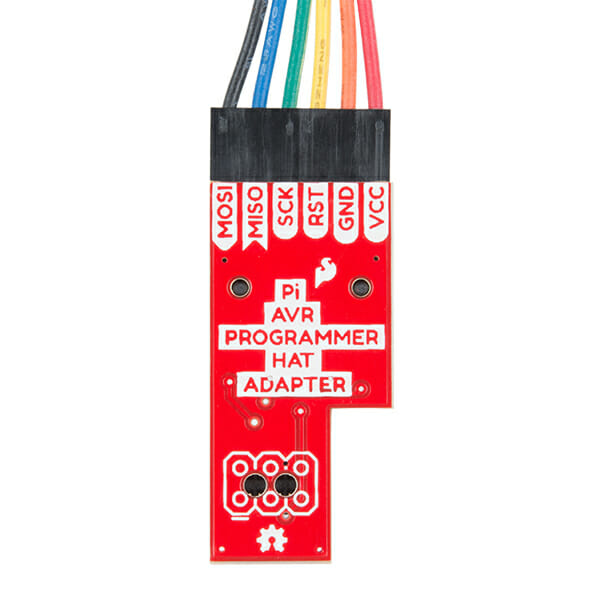 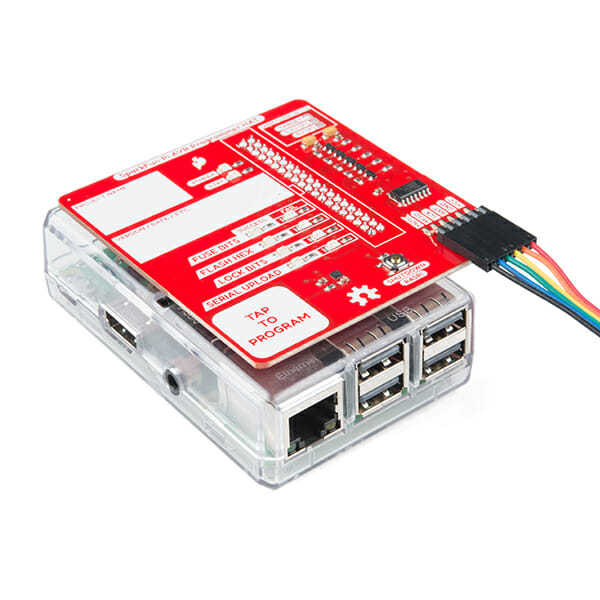 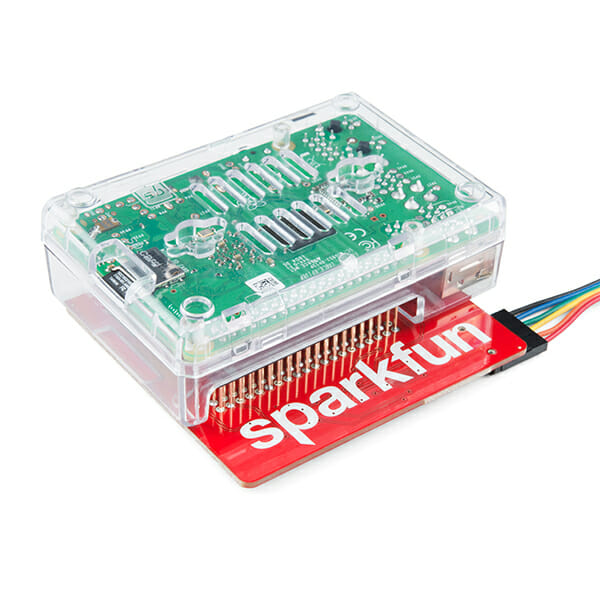 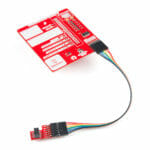 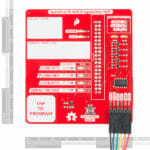 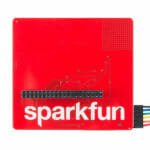 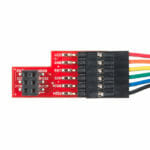 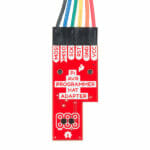 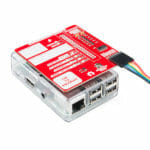 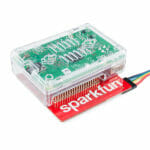 The SparkFun Pi AVR Programmer HAT makes it easy to program AVRs directly from the SPI hardware pins on any Raspberry Pi. It was originally designed as an in-house solution for SparkFun production, but now is offered as a robust programming tool for anyone to purchase! This programmer is by far one of the fastest, most reliable, and hack-able (fully open sourced) AVR programming solutions available. Whether you’re a beginner or experienced electronics enthusiast, the Pi AVR Programmer HAT should be easy to get up-and-running.

The SparkFun Pi AVR Programmer HAT plugs directly into the GPIO port on your Raspberry Pi and provides multiple unique amenities onboard including (but not limited to) a capacitive touch pad to engage programming, multiple Pass / Fail status LEDs, an isolation switch, and label boxes to keep track of your projects. Also included with each HAT is a 1×6 hookup cable that connects to the programmer's ISP header, and an ISP interface adapter equipped with a 2×3 header. Programming an AVR through an in-system programmer (ISP) can provide many benefits including a faster code upload rate, the ability to overwrite the bootloader and gain a bit more flash space, and a way to influence the fuse bits to change a multitude of settings on your target.

This HAT can be used directly from the command line using AVRDUDE commands, with some simple setup steps, or it can function as a stand-alone programmer with a capacitive touch pad engage button and status LEDs!

Get Started with the SparkFun Pi AVR Programmer HAT Guide