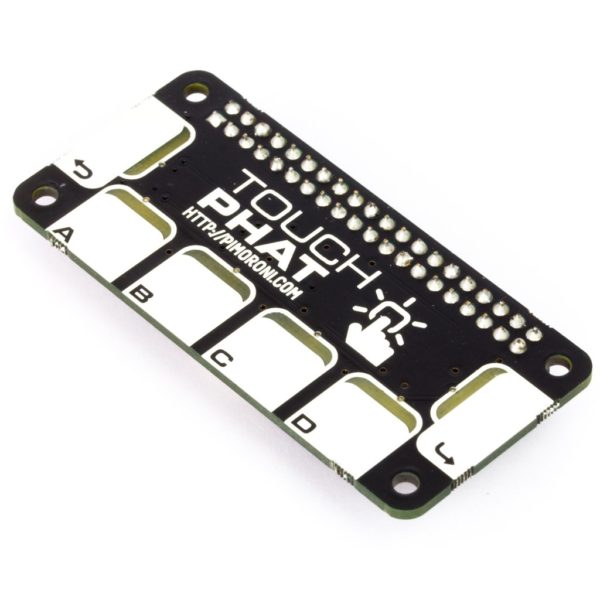 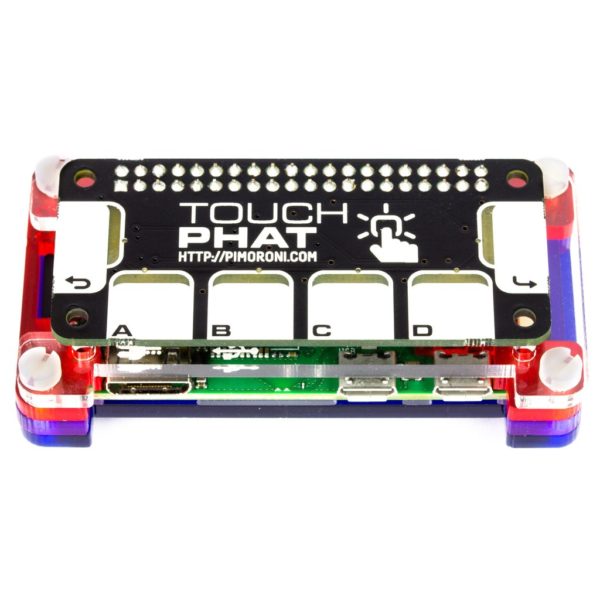 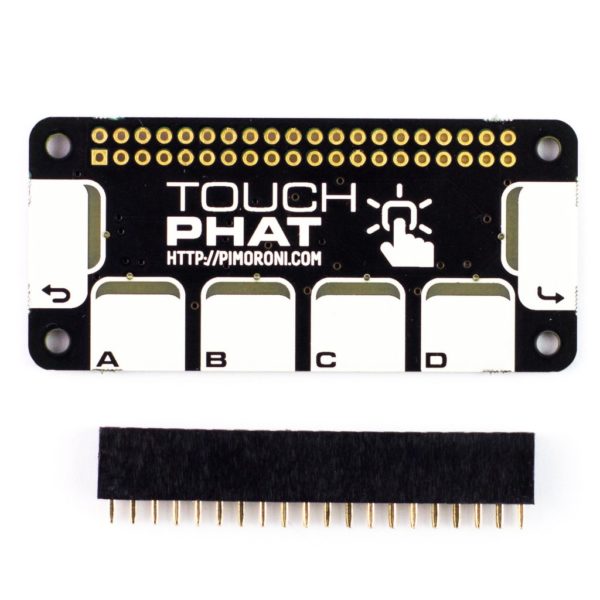 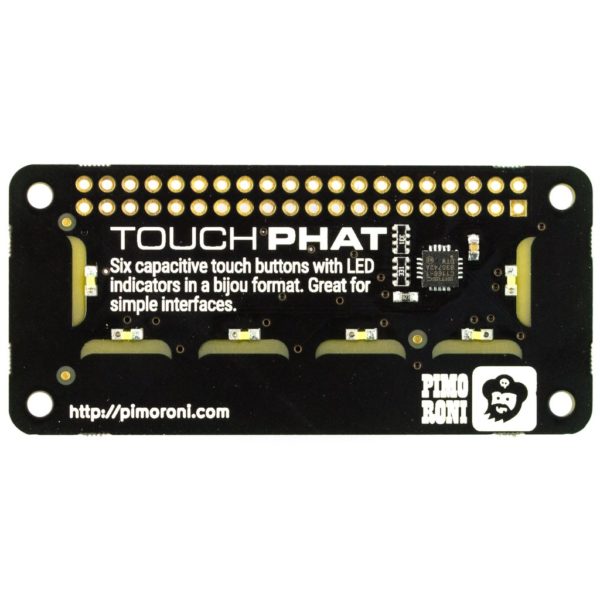 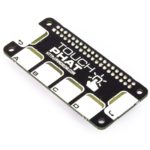 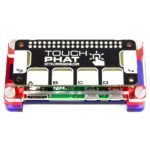 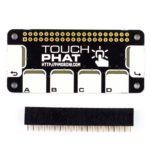 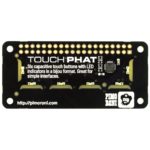 Six touch-sensitive buttons to use for whatever your heart desires, with added LEDs (did you expect anything less?)Touch pHAT has six capacitive touch buttons, each with a bright white LED, designed to be completely agnostic about what they're used for. You can even use a dry erase pen to write on the pads to label their function.

It uses the CAP1166 capacitive touch and LED driver chip. The LEDs have been under-mounted and shine through exposed sections of the PCB to give a pleasing yellow-green glow and a completely smooth top surface!

Our handy one-line installer will install the Touch pHAT Python library for you. We've included a couple of examples too, to show off what you can do with Touch pHAT.