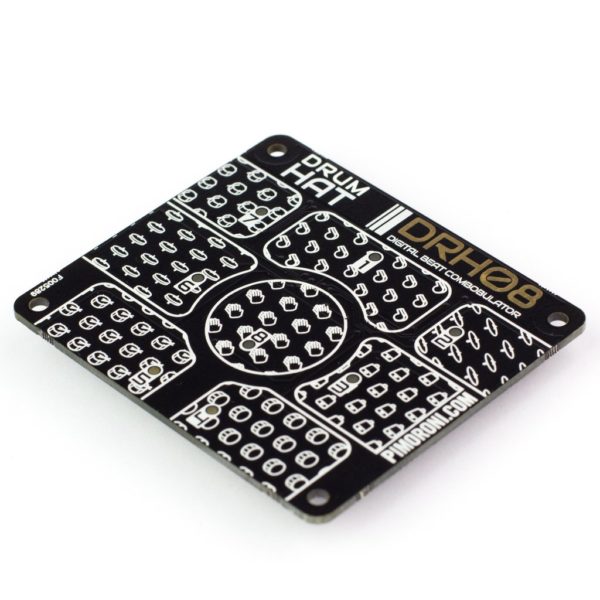 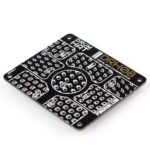 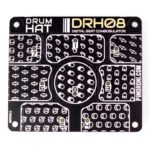 Hook up these 8 advanced capacitive touch pads with LED indicators to start making sublime beats and control surfaces with your Raspberry Pi.

Drum HAT is the much-requested companion to Piano HAT. It uses the same capacitive touch sensor to provide 8 finger-sized drum pads and an indicator LED for each pad.

We added carefully-designed (we drew circles) light channels so that every pad can light up with a tap but none of the LEDs get in your way. It creates a really cool under-lighting effect, too!

Use it to play music in Python, control software drum synths on your Pi, take control of hardware drum machines, or just build it into an elaborate drum-controlled project.

The MagPi said that Drum HAT was an “awesome amount of fun” and gave it four stars.

We've whipped up a neat little Python library to channel your inner Phil Collins (or Nick McBrain if you're that way inclined) in literally seconds.

There's a ready-to-go example with sampled drum sounds; all you have to do is hook up a set of speakers to your Pi's headphone jack.

Get technical and Drum HAT to output regular MIDI commands via a USB to MIDI adapter, and control your software drum synths or hardware drum machine over MIDI.