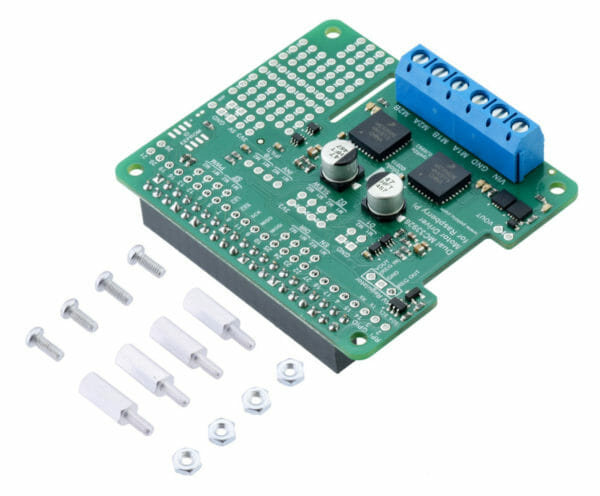 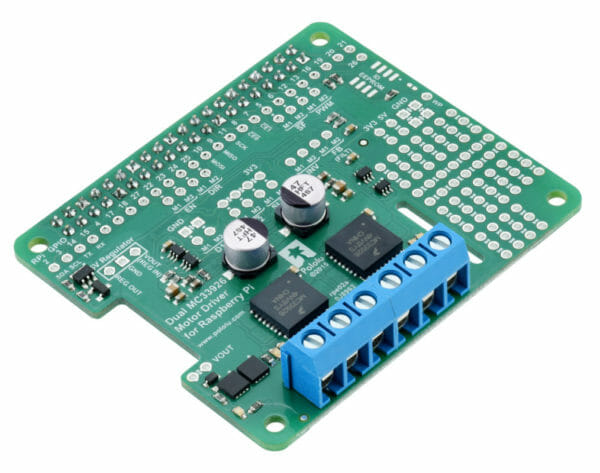 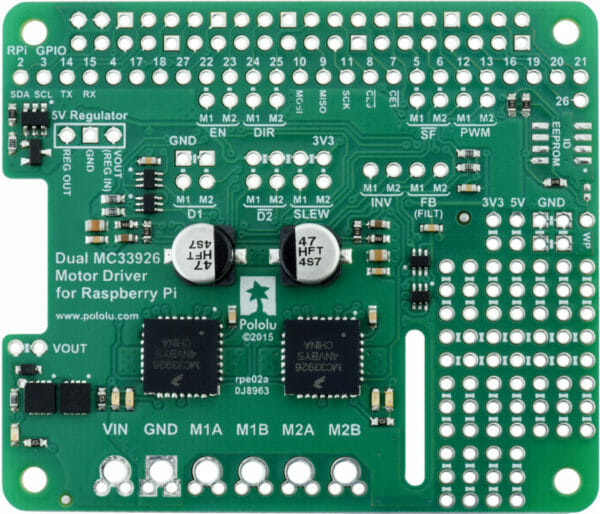 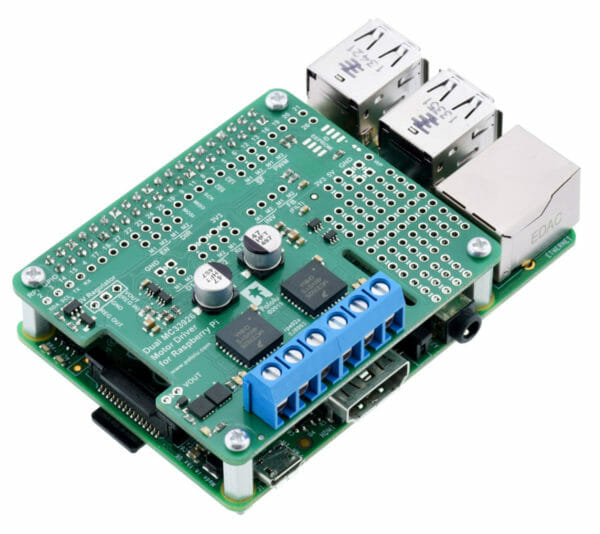 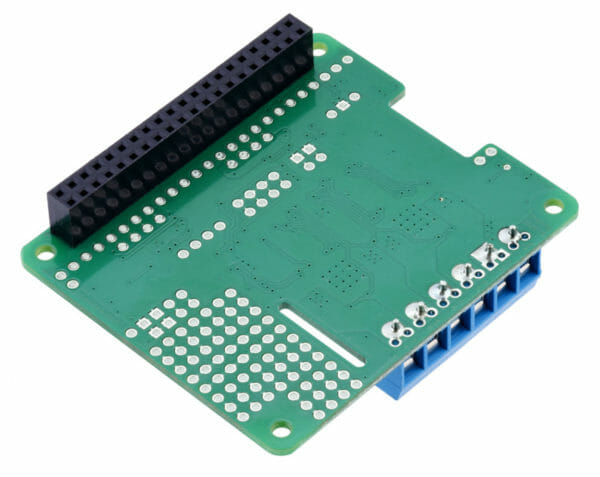 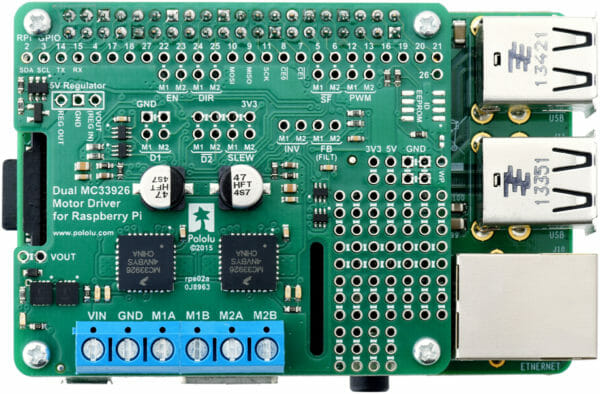 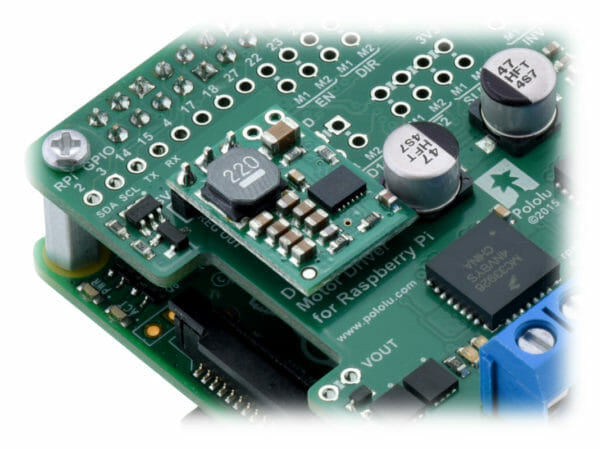 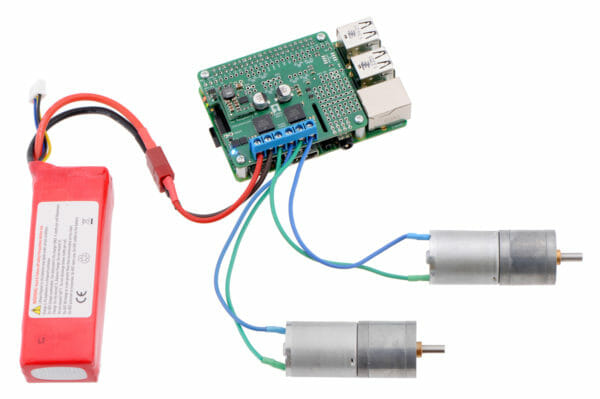 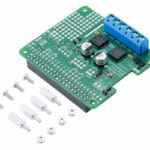 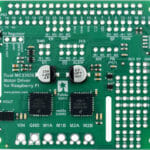 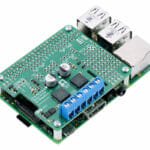 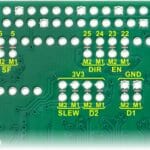 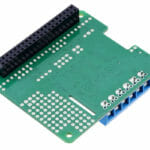 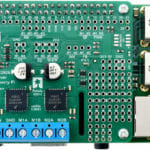 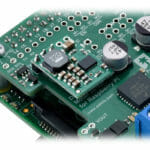 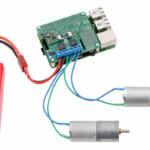 This add-on board enables a Raspberry Pi B+, A+, Pi 2, or Pi 3 to drive a pair of brushed DC motors. Its dual MC33926 motor drivers operate from 5 V to 28 V and can deliver a continuous 3 A (5 A peak) per motor. The default pin mappings make it easy to get started using our provided software, but the board also exposes most of the driver chips’ I/O pins for more specialized applications. This version ships fully assembled with connectors soldered in.

This motor driver board is an add-on for a compatible Raspberry Pi (Model B+ or newer), including the Pi 3 Model B+ and Model A+, that lets it easily control a pair of bidirectional, brushed DC motors. The expansion board uses a pair of Freescale MC33926 motor drivers, which operate from 5 to 28 V and can deliver a continuous 3 A per channel (up to 5 A per channel for a few seconds). Other features include a reverse battery protection circuit and logic gates that reduce the number of I/O pins required to control the driver ICs effectively. The board ships fully populated with its SMD components; it is available either as a partial kit, with a female header and terminal blocks included but not soldered in, or fully assembled with these connectors soldered to the PCB.

The board’s default configuration uses six GPIO pins to control the motor drivers, making use of the Raspberry Pi’s hardware PWM outputs, and it uses two additional pins to read status outputs from the drivers. However, the pin mappings can be customized if the defaults are not convenient, and other control inputs and outputs of the MC33926 ICs are accessible on the board for more advanced applications.

The board matches the Raspberry Pi HAT (Hardware Attached on Top) mechanical specification, although it does not conform to the full HAT specifications due to the lack of an ID EEPROM. (A footprint for adding your own EEPROM is available for applications where one would be useful; pull-ups on SDA, SCL, and WP are provided.) It is not practical to use this expansion board with the original Raspberry Pi Model A or Model B due to differences in their pinout and form factor.

This version of the motor driver is fully assembled, with a 2×20-pin 0.1″ female header (for connecting to the Raspberry Pi’s 40-pin GPIO header) and a six-pin strip of 5 mm terminal blocks (for motor and power connections) soldered in. (See item #2755 for a kit version with connectors included but not soldered in.)

The motor driver ships with a set of four M2.5 standoffs (11 mm length), screws, and nuts that can be used to secure the board to the Raspberry Pi at the proper height for the GPIO connector. If you decide not to use the standoffs, be careful not to allow the motor and power connections to short against the Raspberry Pi’s HDMI connector.

Shorting blocks and 0.1″ male headers (not included) can be used to make some of the more advanced optional modifications to the board, such as remapping the control pins.

A Raspberry Pi is not included.

Using the motor driver board

This section explains how to use the dual MC33926 motor driver add-on board and provides some basic information about the motor driver pins to help get you started. However, we strongly encourage you to consult the MC33926 datasheet (1MB pdf) for detailed pin descriptions, truth tables, and electrical characteristics. This expansion board is essentially a breakout board for two MC33926 motor driver ICs with additional logic circuitry to simplify the motor control, so the datasheet is your best resource for answering questions not covered here.

A reverse-voltage protection circuit helps prevent damage to the board in case the motor power supply is connected backward. The reverse-protected input voltage can be accessed for use in other circuits through the two pins labeled VOUT on the left side of the board.

This table shows how the Raspberry Pi’s GPIO pins are used to interface with the motor drivers:

This table shows how the drivers’ control inputs affect the motor outputs:

All of the Raspberry Pi’s GPIO pins are broken out along a row of numbered through-holes just below the 40-pin GPIO connector. Each GPIO pin used by the board is connected from this row to the corresponding motor driver pin by a trace on the underside of the board spanning the pair of holes. If you want to remap one of these motor driver pins, you can cut its trace with a knife and then run a wire from the lower hole to a new GPIO pin.

Note that the default pin mappings were chosen so that the Raspberry Pi’s default GPIO pull-ups and pull-downs match the direction the motor driver pins are or should be pulled (up for SF, down for others); if you remap the motor driver pins without paying attention to this, you might encounter issues with pins being pulled the wrong way. See the Raspberry Pi documentation for more about the default GPIO states.

The rest of the MC33926 inputs and outputs are not connected to the Raspberry Pi, but they are accessible through their own through-holes in case you want to use them in a more advanced application of the motor drivers. The board ties some of the inputs high or low through cuttable traces, similar to the way the remappable pins are connected, and you should cut the trace before connecting each input to anything else. This table shows the default configuration of the additional pins:

For more information about these pins and how they can be used, refer to the MC33926 datasheet (1MB pdf).

Powering the Raspberry Pi from the motor driver board

On the left side of the expansion board is a set of three pins surrounded by a box labeled “5V Regulator”. The “VOUT (REG IN)” pin provides access to the driver board’s motor supply voltage after reverse-voltage protection, while the “REG OUT” pin is connected to the Raspberry Pi’s 5V power rail through an ideal diode circuit. If a suitable voltage regulator is connected to these three pins, it can generate 5 V to power the Raspberry Pi from the board’s motor supply voltage. We suggest using our D24V5F5 or D24V10F5 switching step-down regulators, which work at input voltages up to the 28 V maximum of the MC33926 and can supply up to 500 mA or 1 A of current, respectively, to the Raspberry Pi.

There are a few considerations to keep in mind when “back-powering” the Raspberry Pi through a voltage regulator in this way:

Each MC33926 motor driver IC has a maximum continuous current rating of 5 A. However, the actual current it can deliver depends on how well you can keep it cool. The motor driver board is designed to draw heat out of the motor driver chips, but performance can be improved by adding heat sinks.

Unlike many other H-bridges, the MC33926 has a feature that allows it to gracefully reduce current as the current exceeds 5 A or as the chip temperature approaches its limit. This means that if you push the chip close to its limit, you will see less power to the motor, but it might allow you to avoid a complete shutdown.

We tested this motor driver board at room temperature with no forced air flow or heat sinks. In our tests, the board was able to deliver 5 A to both channels simultaneously for about 10 s before the thermal protection started reducing the current. The board delivered 4 A on both channels for about 40 s, and at 3 A it was able to operate continuously for over 10 minutes without triggering current limiting or thermal protection.

Our tests were conducted at 100% duty cycle; PWMing the motor will introduce additional heating proportional to the frequency.

This product can get hot enough to burn you long before the chip overheats. Take care when handling this product and other components connected to it.