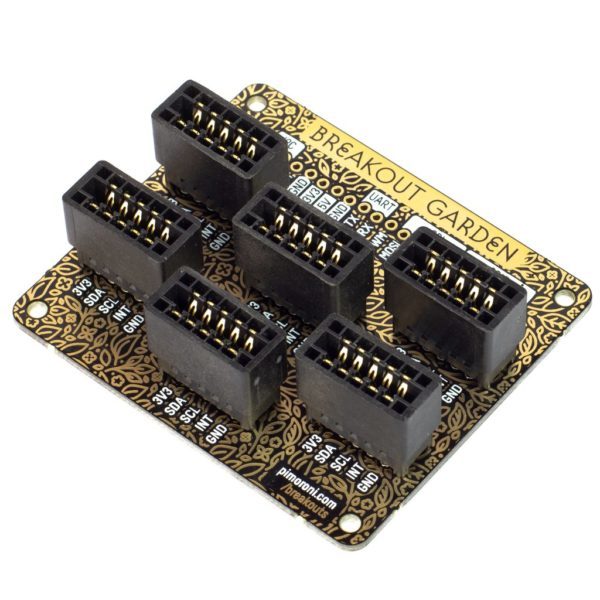 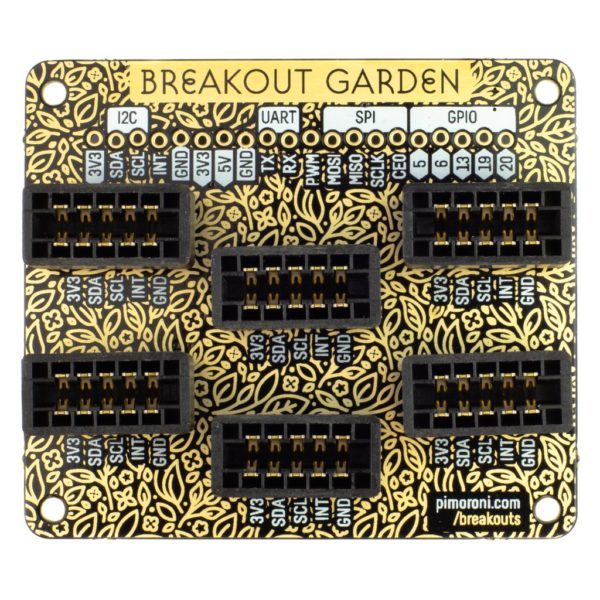 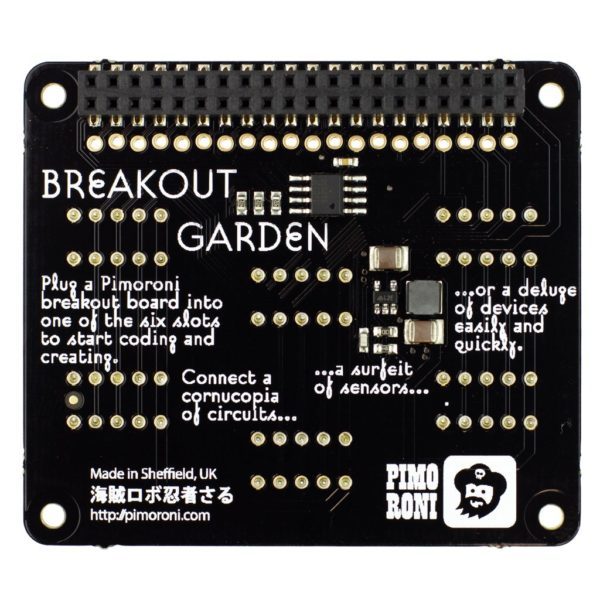 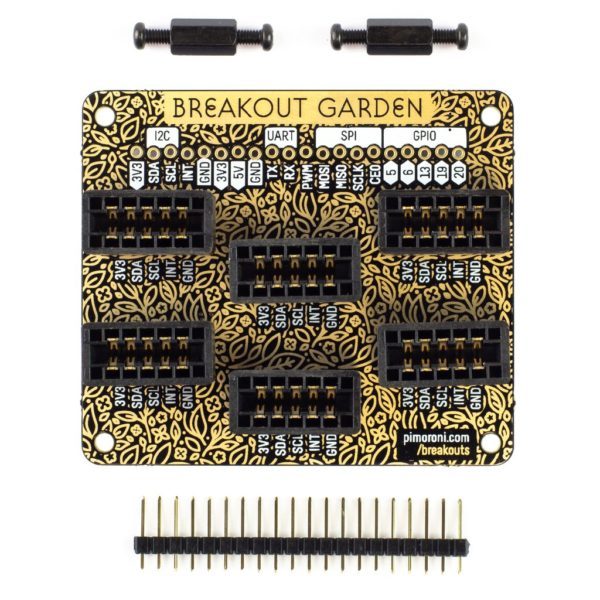 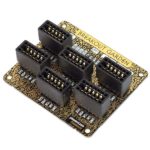 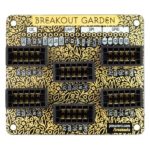 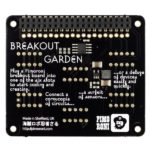 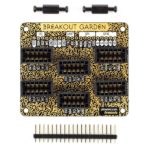 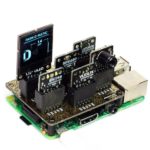 The six sturdy slots on Breakout Garden are edge connectors that connect the five pins on each Pimoroni breakout to the power and I2C (for data) pins on your Raspberry Pi. Because I2C is a bus, you can use multiple I2C devices at the same time, providing they don't have the same address (we've made sure that all of our breakouts have different addresses).

We've also broken out a load of useful pins along the top of Breakout Garden, so you can connect other devices and integrate them into your Breakout Garden projects. If you have Pimoroni breakouts to which you've already soldered headers, then you can use this top row of pins to use them alongside other breakouts on Breakout Garden.
Features

Because of the way that I2C (the protocol that Breakout Garden uses) works, it doesn't matter which slot on Breakout Garden you plug your Pimoroni breakout into. Each I2C device has an address (you'll see it on the back of each breakout) that it uses to identify itself to other I2C devices, so it's effectively saying to your Raspberry Pi, “Hey, it's me, Bob!”

We've built reverse polarity protection into our Pimoroni breakouts, meaning that there's no magic blue smoke if you accidentally plug one in the wrong way round. However, the correct way to plug them in is to make sure that the labels on the pins on your breakout and the labels on each Breakout Garden slot match up.
Software
Head over to the Breakout Garden GitHub repo and give our automagic installer a go. Just pop a few breakouts into Breakout Garden, run the installer, and SHAZAM!, the software for the appropriate breakouts will be installed. We've also got a few nice examples to show you what's possible.

Here's a few other project ideas to get you thinking: