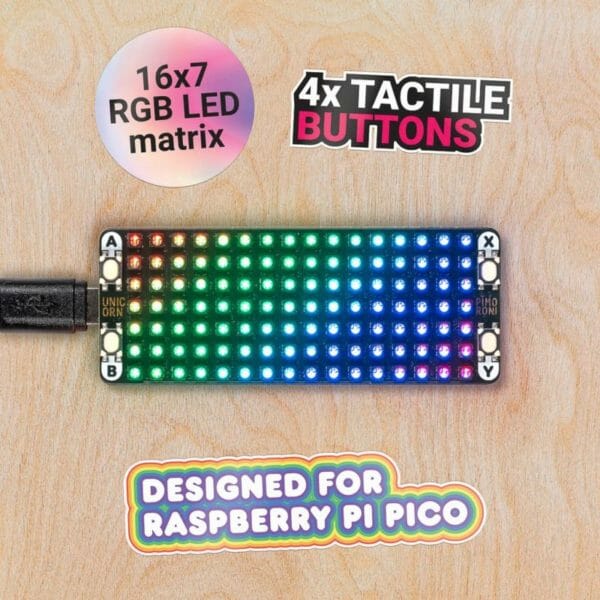 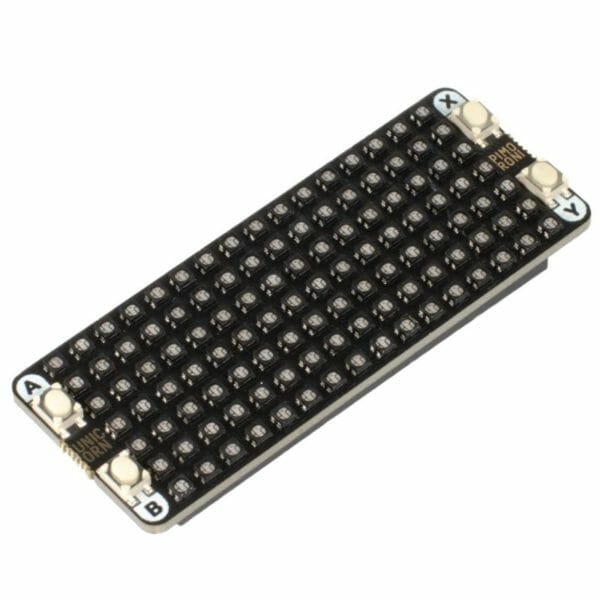 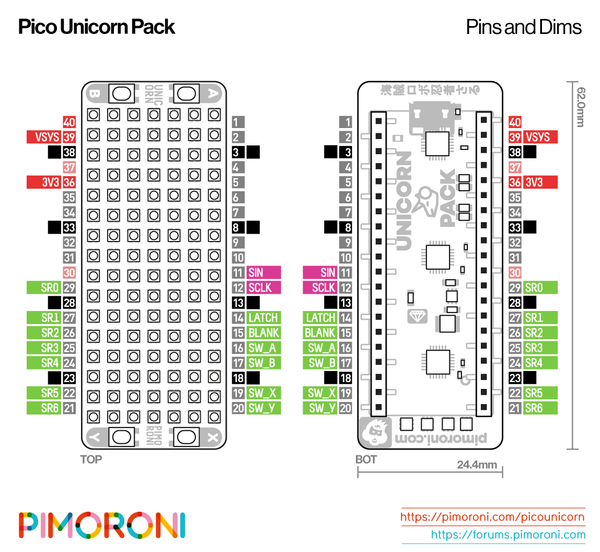 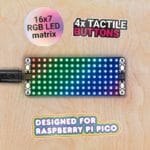 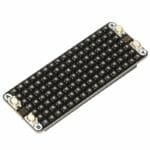 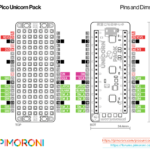 A sparkly matrix of over a hundred fantabulous RGB LEDs for all your rainbow needs and some handy buttons – sized perfectly for the Raspberry Pi Pico!

We've resized our familiar Unicorn setup so that it fits nicely on the back of your Pico – with a tidy 7×16 matrix (that's 112 RGB LEDs!) it's surely the fanciest backpack going. The four tactile buttons can be used to switch between modes, as controls for simple games, or adjusting brightness.

It's possible to control the colour and brightness of each LED individually so you can use it to display animations, text, simple images, and more. Make a mini photo FX lamp, a smart status light for Zoom, use it to display colourful scrolling messages on your fridge, or just enjoy some pretty animations.

Your Pico will need to have male headers soldered to it (with the pins pointing downwards) to attach to our add-on boards.
Features

Getting started
The labels on the underside of Pico Unicorn Pack will show you which way round to plug it into your Pico – just match up the USB port with the markings on the board.

The easiest way to get started with our Pico add-ons is by downloading and copying our custom MicroPython firmware to your Pico, it includes all the libraries you'll need. Click here for our beginner friendly tutorial!

Pico Unicorn Pack drives its display via the PIO feature of the RP2040.

The display is updated one row at a time (but very quickly, so you won't notice!) by selecting one of the SR1..7 pins which control the row driving FETs.

Column data is fed into shift registers via SIN/SCLK and then LATCHed to hold during display. BLANKenables the column driving FETs to turn on the LEDs and produce the image.

Power is supplied through VSYS meaning that you can use Pico Scroll Pack both on USB power and from external supplies (so long as they can supply 3V+) making it ideal for battery powered projects.

We use these extra bits of resolution to apply gamma correction to the colours displayed meaning that gradients are smooth and linear.

This means that the LEDs perform wonderfully through their full range of brightness rather than being poor at handling lower brightness levels. You don't really need to care about the details (though we think they are interesting!) as our software library just handles it all for you in the background.