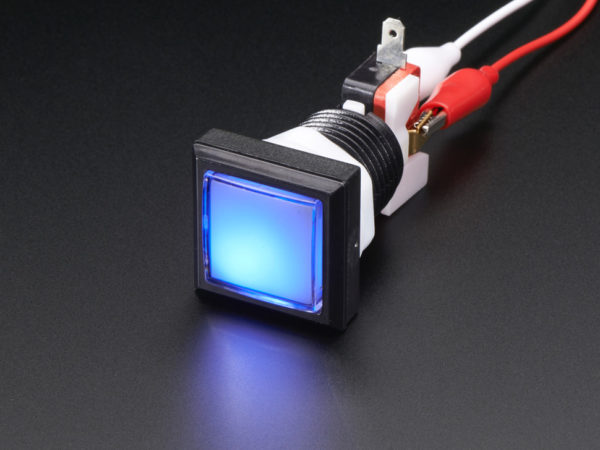 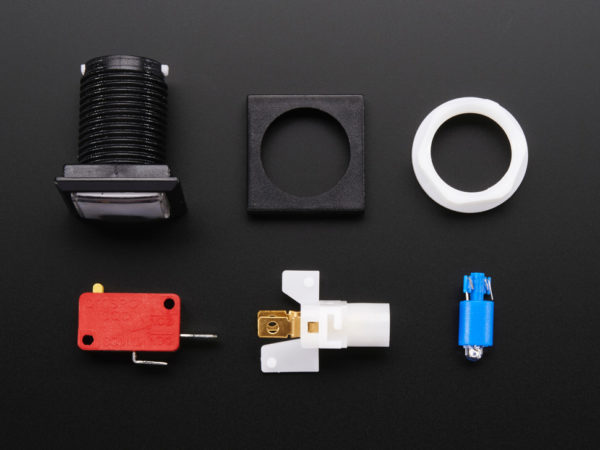 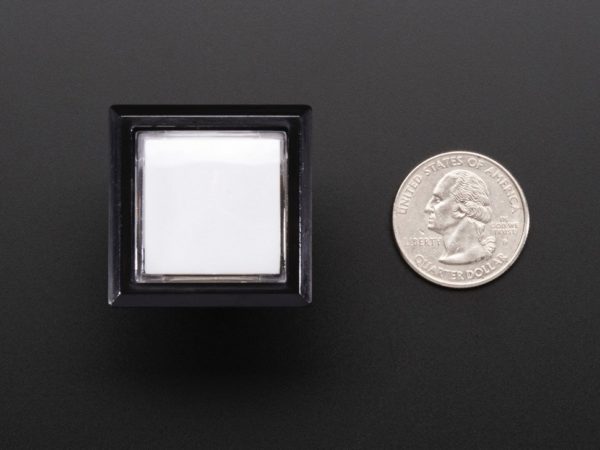 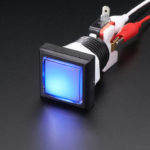 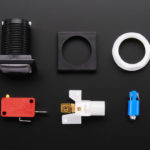 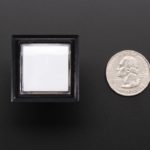 A button is a button, and a switch is a switch, but this LED illuminated arcade buttons is in a class of its own. It's similar in size to an arcade button (and will fit in holes drilled for 'standard' 30mm buttons) but has a built in LED that can be controlled separately from the switch action – either to indicate or just to look good.

The body is a black plastic, and a lamp holder fits inside. These were originally designed for 'incandescent' lamps but is easy to use with an LED, just wrap the legs around the holder as shown. It comes with a clear blue LED but honestly, we suggest finding a diffused LED to use instead, with a wide illumination since this clear one doesn't fill the square as nicely as it could. (The button factory didn't have diffused LEDs available). You can even disassemble the button itself and slip an image under the clear cover for backlighting.

The button comes with a normally-open micro-switch. Once you have put in the LED you like, just snap in the micro-switch. You can always remove it later to change out the LED color. The micro-switch is fairly clicky, so you will hear and feel it when it actuates.