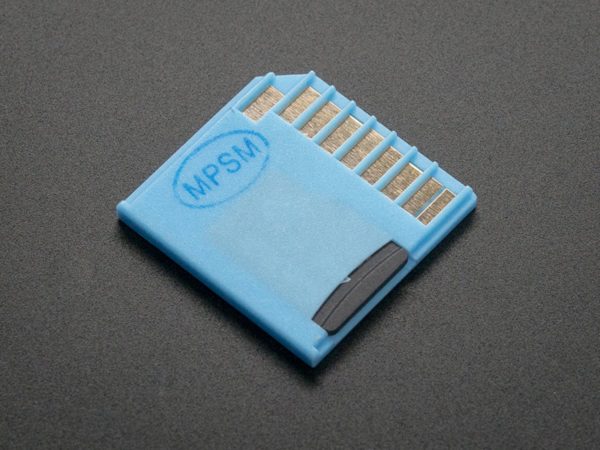 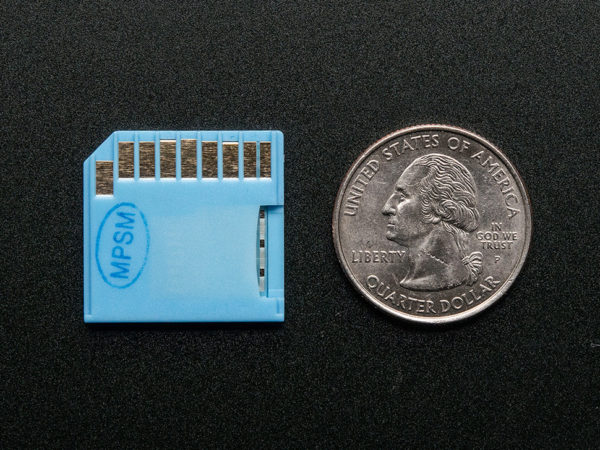 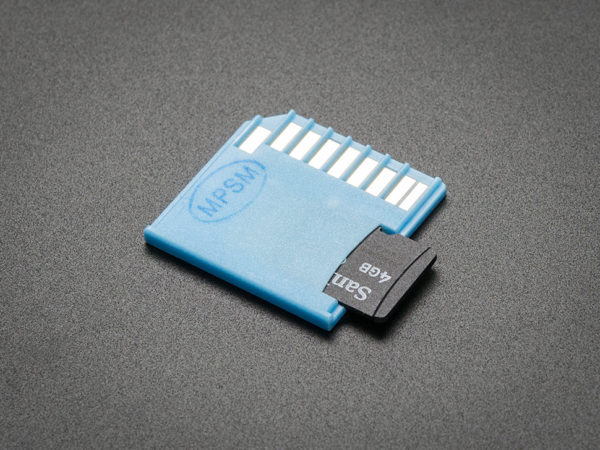 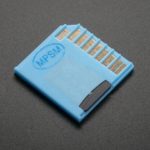 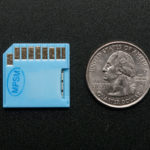 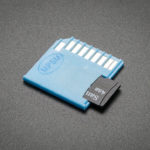 Adding shortening to a Pi makes it fatter – but this kind of shortening makes your Pi a little slimmer! This short-style blue microSD adapter slides in where the SD card goes but is 9mm shorter. This makes it stick out a lot less and makes for a more elegant (and less accident-prone) Pi. All you have to do is pop in a microSD card for a sleeker machine! The outer edge of the SD adapter has a deep grove for a fingernail to pull on for removal.

This microSD adapter also worked great in our Macbook pro – load it up with a 64 microSD card and you’ve got a ton more storage, but without the sticking-out of a normal sized SD.

Note – this product will only appear flush with the following MacBook models: